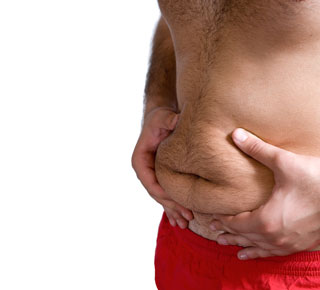 Most people have heard of omega-3 fatty acids and the health benefits they provide. Omega-7 fatty acids, however, are lesser known, but also critically important for overall good health. They are also known as palmitoleic acids, and considered unsaturated fats that can help you lose weight.

According to the Mayo Clinic, metabolic syndrome is several conditions that occur simultaneously that can contribute to diabetes, stroke, and heart disease. These conditions include high blood pressure and cholesterol, elevated blood sugar, and excessive fat around the abdominal area. Metabolic syndrome is also called insulin resistance syndrome or Syndrome X. Extra abdominal fat is one of the clearest signs that an individual is suffering from it.

Omega-7 is an incredible nutrient that can work in similar fashion to medications that treat conditions related to metabolic syndrome. These fatty acids, however, can work effectively without the negative side effects often associated with prescription drugs.

They work to reduce the effects of metabolic syndrome by decreasing inflammation. This amazing fatty acid can control fat production and the storage of fat around the stomach.

Inflammation is a natural response in the body that helps it to heal. Chronic inflammation, however – sometimes referred to as silent inflammation – can contribute to excessive weight gain and disease. Once inflammation sets in, it can then lead to further weight gain in several ways, including slowing down metabolism.

Nutritional Weight and Wellness states that omega-7 can help reduce inflammation in the arteries, which in turn reduces inflammation throughout the entire body. This particular fatty acid is known to significantly cut levels of C-reactive proteins (CRP), which is considered an element of inflammation. As inflammation is reduced, the body no longer needs extra layers of fat for protection.

Appetite control is one of the major stumbling blocks to sustained weight loss. Controlling appetite for a limited time is doable, but after some time it can become almost impossible. BottomLineInc. reports that animal studies recently conducted discovered that rats fed omega-7 ate less without any known negative side effects.

Incorporating omega-7s into your diet may help consistently reduce appetite so that weight loss can not only be achieved, but maintained in the long term. LifeExtention specifically stated that during the trial on rats that the omega-7s had accumulated inside their small intestines. This in turn made the hormone cholecystokinin (CCK) rise, which creates a sense of fullness.

Increased weight gain, especially in the abdominal area, has been associated with hormonal imbalances. There is also a variety of hormonal shifts that can occur at different stages in a person’s life, particularly in women, that will cause the body to store more fat or burn it ineffectively. According to OnHealth, there are a variety of hormones that can affect weight gain. For example, an underactive thyroid that doesn’t produce enough thyroid hormones will result in less fat being burned in the body.

Another hormone that is associated with weight gain is leptin. Scientists have only known about leptin since 1994, and have since discovered that leptin sends messages to the brain regarding fat and feelings of fullness. Omega-7s help this hormone function effectively.

Metabolic syndrome, inflammation, appetite, and hormone activity are often interrelated. Many people may suffer from more than one of these and can weight as a result, but a diet rich in omega-7 can help combat that.

Of all the omega fatty acids, however, omega-7 is rarer than many of the other better-known omega fats. For this reason, it may be difficult to get all that is necessary, not only for adequate weight loss, but good health. Supplements, however, can be taken that include omega-7 if individuals don’t get enough in their daily diet.